But that night, while Ty was sleeping, Livvy found herself pulled toward Dimmet Tarn again, toward the nothingness of its depths. Every time she thought of Idris, and the experiment that she and Ty would try tomorrow, she thought of her own death, of the blow that Annabel had struck. That moment of pain and dislocation. The stricken look on Julian’s face as she fled her body.

It was almost morning when at last she rose up, pearly light already sliding over the crust of snow around the tarn. And there, too, on the lip of the tarn was a small crumpled heap as if someone had dropped their hat or scarf.

Livvy drew near and saw that it was a kitten, starved and motionless. Its paws were torn by the ice, and there were marks of bright blood in the snow. Its ears were long, tipped in black, and its coat was spotted with black as well. “You poor thing,” Livvy said, and the kitten opened its eyes. It looked right at Livvy and snarled noiselessly. Then its eyes closed again.

Livvy fled back to the Scholomance, to Ty.

Ty sat bolt upright. “What is it? What’s wrong?”

He threw a coat over his pajamas and pulled on his boots. He bundled up a blanket in his arms. “Show me,” he said.

The kitten was still alive when they got back to Dimmet Tarn, Ty’s boots breaking through the snow with each step. He sank, sometimes, to his knees. But Livvy, of course, floated above the snow. There were advantages, sometimes, to being dead. Livvy could admit that.

You could see the small rise and fall of the lynx’s chest. Small wisps of breath rose from its black nose.

Ty knelt down in the bank of snow beside the lynx. He began to wrap it in the blanket. “I don’t know,” he said. “But if it lives, it will be because you saved it, Livvy.”

“Then we’ll both have saved it,” Ty said, and smiled at her. If Livvy had had a notebook, she would have written it down. It had been a long time since she’d seen her brother smile. 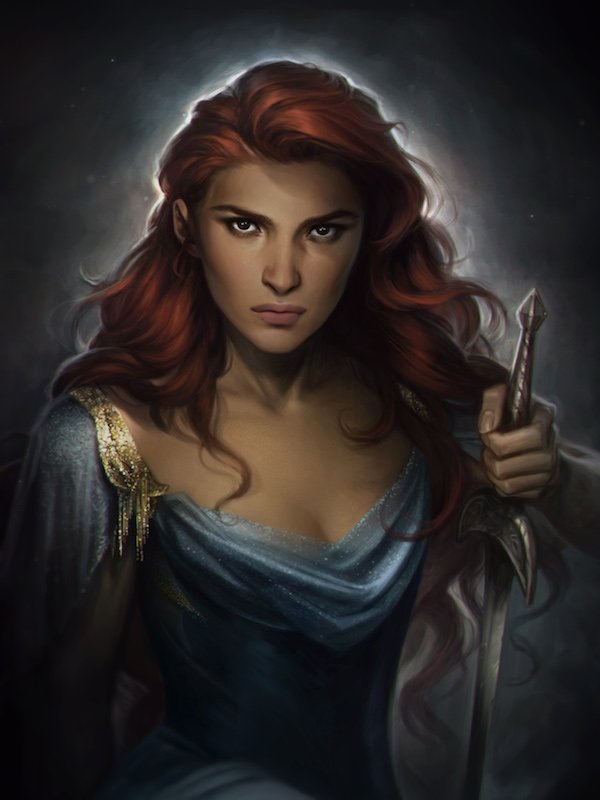 From Russell Gordon, Executive Director of Art, Production, and Design:

The repackaging of Cassandra Clare’s epic Shadowhunter novels has been a rewarding, year-long adventure. Right from the start, when Karen Wojtyla, Justin Chanda, Annie Nybo and I sat down with Cassie to discuss the new direction, I knew it was going to be something truly special. Cassie had a wonderful vision for the new-look: for the characters to be the main focus, to infuse them with a real intensity, and passion, but also keep them a little mysterious. We all wanted to give these new covers as much “heart” as possible. We commissioned the extraordinary Cliff Nielsen (who had worked on the original packaging) as the cover artist. Cliff’s work is not only beautiful in a lyrical way—but it’s edgy and bold and mesmerizing—the perfect match for Cassie’s books. I especially love the details in his work, the way he united a different rune with the featured character on each of the Mortal Instruments covers, and the way the Clockwork Angel is woven into the character on each Infernal Devices cover.

I’ve always thought the best covers were those that will not only draw a new reader in, but also give that reader something else to explore after they’ve finished reading the book; when they go back and pore over all the visual details of the cover they maybe hadn’t understood, or even noticed, before reading the story. There are so many details on every part of the packaging of these books, and I really think it will keep Cassandra Clare’s fans—the new ones and the already-established-ones—engaged long after they’ve closed the books.

Creating the cover to a novel is an exciting task. I get to work with really smart people (like Russell Gordon and Karen Wojtyla) that admire beauty and strive for originality. I get a chance to selfishly explore my artistic interests. I get an opportunity to be the first person to investigate and describe visually the world that sprouts from the creative heart of the author.

Cassandra Clare’s stories are special because her heart is special. Her words beautifully interweave the wonder and excitement of youth with myth, cultural history and mysticism. She makes them the popular culture.

So much work went into creating these covers. The process includes combining traditional mixed media painting, digital painting, photography, 3D rendering, found objects, and calligraphy. I’m passionate about these things, but the STORY is the true King. A good illustrator will understand that, above all else. Nevertheless, with this project I found myself asking “What drives the King”? What is the purpose of the story?

Reimagining these covers has been an exercise in trying to capture that emotion through iconography. It has been an attempt to personally connect with these beloved characters and their fictional lives, and share it as a visual parable to the throngs of Cassandra’s fans, past present and future. I hope you experience them with as much wonder and joy as I had creating them.